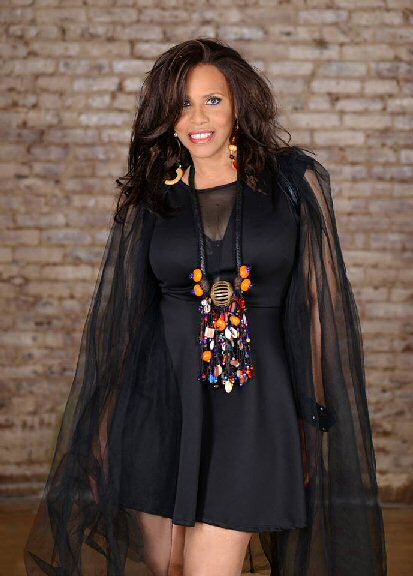 A celebrated New Yorker by way of Augusta, Georgia, Alfa Anderson began her professional singing career alongside some of the industry’s most talented vocalists and musicians.

Alfa Anderson is a soul and dance music icon whose voice defines an entire era of popular music. As one of the original lead vocalists in the Rock & Roll Hall of Fame-nominated group, CHIC, she helped producers Nile Rodgers and Bernard Edwards build a mountain of gold and platinum albums with hits like “Le Freak,” “Good Times,” and “I Want Your Love.” To the delight of fans all around the world, Alfa’s “soulful, sensitive delivery” (Billboard) takes center stage with the release of Music From My Heart (2017), her very first full-length solo album.

Music From My Heart spotlights an impressive range of songs that Alfa wrote and co-produced with the multi-talented Bert Price. The album’s first single “When Luther Sings” features Alfa’s rousing, heartfelt tribute to her longtime friend Luther Vandross, while powerful ballads like “Sending You Love” and sizzling club tracks like “Dancing Is My Release” add the exclamation point to Alfa’s long-awaited solo debut, which she celebrated with a standing room-only album release show at Joe’s Pub (NYC) most recently.